can be your pathway to success!

The timing is right

to get your book published!

Are you an aspiring author?

Awakening Media is a blend of a traditional and new media company—by new media we mean mass communication using digital technologies such as the Internet—Jennifer LeClaire birthed after resigning as editor of Charisma magazine to fill a void in the Spirit-filled multimedia publishing and marketing world.

Awakening Media will seek out a diversity of Spirit-inspired authors who have a “now” word for the Kingdom while Awakening Media Coaching will help you determine the best strategy to accomplish your goals, from podcasting to blogging to social media and beyond.

Awakening Magazine is a digital media platform targeting the rising generation of revivalists, prophetic people and hungry believers who are seeking to be equipped, encouraged and inspired. AwakeningTV.com features voices from the past and voices of the present—apostolic and prophetic voices that carry the sound of awakening. 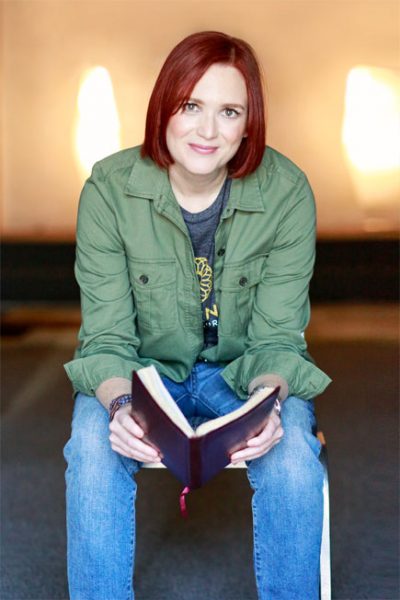 Jennifer LeClaire is an internationally recognized author, apostolic-prophetic voice to her generation, and conference speaker. She carries a reforming voice that inspires and challenges believers to pursue intimacy with God, cultivate their spiritual gifts and walk in the fullness of what God has called them to do. Jennifer is contending for awakening in the nations through intercession and spiritual warfare, strong apostolic preaching and practical prophetic teaching that equips the saints for the work of the ministry.

Jennifer formerly served as the first-ever editor of Charisma magazine. Her work also appeared in a Charisma House book entitled Understanding the Five-Fold Ministry which offers a biblical study to uncover the true purpose for the fivefold ministry and The Spiritual Warfare Bible, which is designed to help you use the Bible to access the power of the Holy Spirit against demonic strongholds and activity. Some of Jennifer’s work is also archived in the Flower Pentecostal Heritage Museum.

Jennifer is a prolific author who has written over 25 books, including The Heart of the Prophetic, A Prophet’s Heart, Fervent Faith, Did the Spirit of God Say That? 27 Keys to Judging Prophecy, Breakthrough!, and Doubtless: Faith that Overcomes the World. Some of her materials have been translated into Spanish and Korean.

Jennifer’s other titles include: The Spiritual Warrior’s Guide to Defeating Jezebel; Developing Faith for the Working of Miracles; The Making of a Prophet; Mornings With the Holy Spirit: Listening Daily to the Still Small Voice of God and The Next Great Move of God: An Appeal to Heaven for Spiritual Awakening.

Beyond her frequent apperances on the Elijah List, Jennifer writes one of Charisma’s most popular prophetic columns, The Plumb Line, and frequently contributes to Charisma’s Prophetic Insight newsletter. Her media ministry includes her website; 500,000 followers on Facebook, Twitter and YouTube, Jennifer has been interviewed on numerous media outlets including USA Today, BBC, CBN, The Alan Colmes Show, Bill Martinez Live, Babbie’s House, Atlanta Live and Sid Roth’s It’s Supernatural, as well as serving as an analyst for Rolling Thunder Productions on a Duck Dynasty special presentation.

Jennifer also sits on the media advisory board of the Hispanic Israel Leadership Coalition.

Jennifer is affiliated with:

The International Society of Deliverance Ministers

Jennifer has a powerful testimony of God’s power to set the captives free and claim beauty for ashes. She shares her story with women who need to understand the love and grace of God in a lost and dying world.

Subscribe to our newsletter and receive the latest tips and tricks, as well as information on new releases.